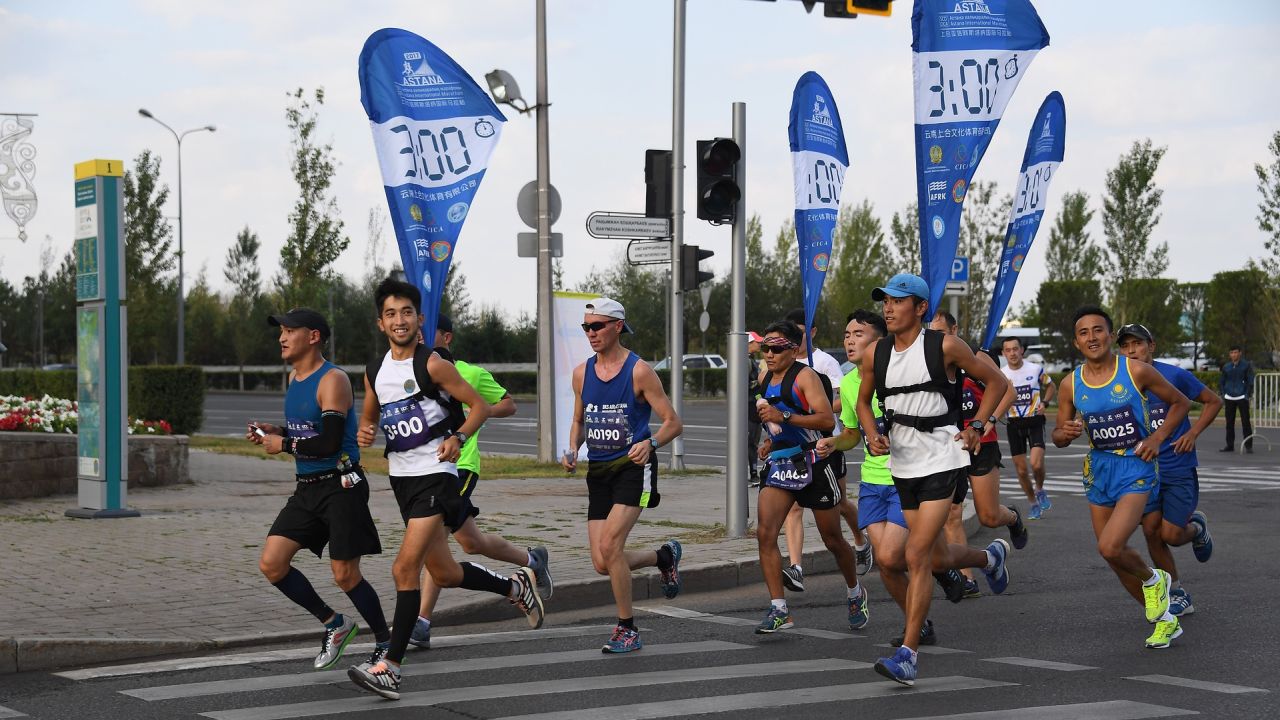 If you did all the hard training, there still can be a lot of things that can stand in your way in reaching your race goals, like inaccurate GPS (due to tall buildings) preventing you to keep the steady pace or a simple lack of motivation at the hardest moments.

To make sure you did your best in keeping your anticipated race pace is to run with pacers (sometimes called pacemakers) – a bunch of guys and girls who will make sure you will arrive at the finish line in a certain time, given you will be able to keep up with them.

Most of the city marathons have pacers with target times usually ranging from 2:59 to 5:59, just google <your marathon name> pacers and you will most probably find a page you were looking for.

Before the race starts, pacers usually can be found somewhere in the front of your wave (of course, you still need to get to the corral early to secure your spot). They are carrying balloons or signs, so it is easy to identify them.

Few things to know when running with pacers: